The Universe is 13.8 billion years old. How it all came about brighter minds are still piecing together. A myriad of things happened in those 13.8 billion years. Galaxies were born, and Solar Systems set into motion. One of those galaxies,the Milky Way. Our lonely little solar system, started its continuous trek around the sun. Planets went round and round, slowly cooling enough to not resemble blast furnaces, and a little can do planet by the name of Earth saw its first form of life. A few billion years after it formed out gases and star-dust floating around in the cosmic soup. A FEW BILLION YEARS after its perfect formation, and perfect positioning from the sun! 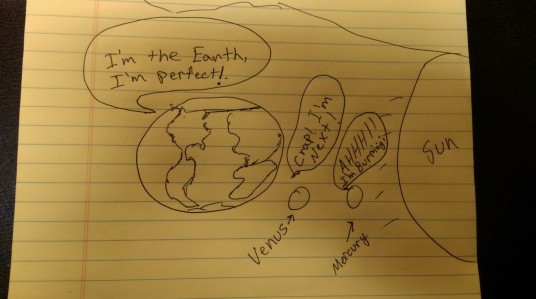 The Cambrian period happened. This consisted of Trilobites, and cruddy little bacteria. Things went on (I’m skipping whole periods of time here…) and life got a little bigger, and a bit smarter. The Dinosaurs came on the scene in the Jurassic, and Cretaceous periods. They died leaving behind their rotting bodies so we could drive our big cars, all the while burning their essence. YAY!! Making this place a lot hotter.

After the Dinosaurs, and a very long period of time, humans (or I should say our genetically distant ancestors) come on to the scene. We played with fire, ate berries, cooked a squirrel or two,

built some pyramids, had some wars, lopped off some heads, had some more wars, Steve Jobs started Apple out of his garage… Again I am jumping ahead a little. And here we are! Crazy!

Our planet spins around a gigantic ball of fire, in a galaxy that is hurtling through the Universe. It is a fricken miracle you are reading this right now! It is a miracle that we are conscious, and breathing! Every single second of your life in the grand scheme of things should not have happened… 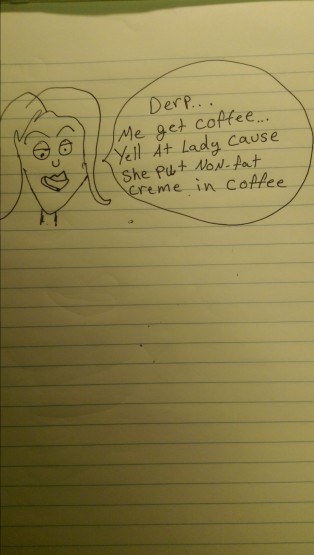 You still have some time on the Earth… Everything in this Universe happened with the probability equal to a roll of the dice. You have nothing to lose!

Disclaimer: All drawings are not to scale, or any good for that matter…

Todd doesn't know how he feels about his harness just yet🤣 #puppylife #erniewrites # chocolatelab
I think I can make some stories out of that 😊 #yafantasy #penname #ernewrites #readersofinstagram
I have a new Kindle Vella episode up! Episode 4: The Amulet is ready for your reading pleasure.
This pup could fall asleep anywhere. Snoot pic! #puppylove #puppylife #chocolatelab #erniewrites
Loading Comments...