We have been lied to!

Yes people, they have lied to us. They Lied to us in the most heinous of ways. Who lied to us you ask? Well Science Fiction movies, TV shows, and books. The lies started for me when I was a very small boy. I would sit on the living room floor eating my Cap N Crunch watching The Jetsons. I would watch George go to work in the sky, in his flying car that folded up into a briefcase once he parked. I believed that in the not too distant future we would have those flying cars that folded up into luggage. Not so my friends. We still drive around on rubber, and have to park our big lumbering non folding cars into parking spots! Parking spots people! In 2013 no less!

Today I watched Blade Runner for the 100th time. And seeing the “Replicants” In 2019 Los Angeles got me thinking how much Science Fiction lied to us! Where’s my house cleaning android, my flying car, and my fricken teleporter! Blade Runner is just one example of these lying Sci Fi stories.  Below are 10 of the biggest offenders in my opinion.

The Abyss told us that in the not to distant future we would have command centers in the deepest part of the ocean. We would breathe liquid oxygen, speak with ancient aliens that had been on the oceans floor for thousands of years. Liars! The only thing I have seen happen is James Cameron has made about 14 documentaries about the Titanic. You can only see a rusty ship with “My heart will go on” playing in the background before you want to rip out your eyes, and shove sharp things in your ears. You lied to us James Cameron… You lied to us. And I had so much hope for deep-sea exploration…

The Fifth Element, is set in the 23rd century, but it still made the list because I don’t think we should have to wait that long for flying cars, hot looking hybrid humans that can download every piece of information into their brains in a nano second, and guns that remember where to shoot. You can keep the weird-looking skull-cap thing that Gary Oldman’s character wear’s, and Chris Tucker’s annoying character.

The Minority Report is an awesome book by Philip K, Dick, made into an awesome movie. But again they lied to us. In this movie you can actually predict when a murder is going to happen. Which is kinda cool unless you are on the receiving end like Tom Cruises character. You have holographic computers, cars that drive up buildings, and multiple future outcomes. I will be expecting at least holographic computers in the near future. Shame on you Philip K, Dick… Shame on you.

The Island is a movie that has technology that isn’t quite here yet, and maybe should never be. In this movie the people get told that the earth is too contaminated to live in. The community has a lottery every so often, and the inhabitants believe they are going to an Island that is the last habitable place on earth. The truth is they are spare parts for their rich twins who live in the real world. Harvest-able human spare parts is not something we should ever have, but out of all my movie picks it’s the one that is close to happening. 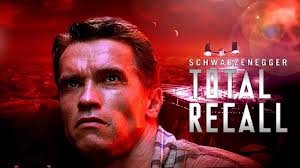 Total Recall said we will go to Mars for vacations, and be able to wear human suit disguises… I think not!. Not to mention we would get to take virtual vacations in our mind. Very cool concepts but they have not happened. I don’t think I would like to go to Mars, and call me old-fashioned, but I want to actually experience my vacation for real. It was funny seeing Arnold’s eyes bulge out of his head though. And the mutant people were pretty interesting. 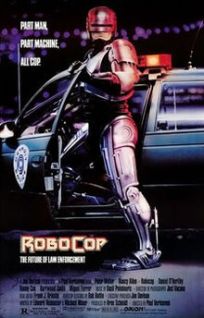 Robocop… Hmmm I don’t want Robotic cops. I don’t want cops that do not have the ability to choose between shooting you for jaywalking or just giving you a ticket. Cyborgs have always creep-ed me out a bit, humans with robot parts. Robots malfunction, and humans lose their minds, not a good combo in my opinion. The car alarm that electrocuted people was kind of cool, but what if you forgot to shut it off when you get into your car, and it turns you into a human pop-tart? I guess in a way we already have robot cops, they are every where, and they see everything. 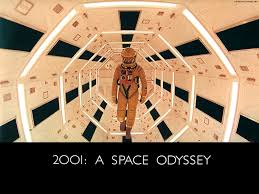 2001: A Space Odyssey missed the mark big time. If it wasn’t space travel for the public, gigantic deep space ships, crazy weird clothes, and emotional computers it wouldn’t be on this list. Crazy good director Stanley Kubrick strikes again. This movie however had big dreams, and they were all suppose to happen in 2001… It’s 2013 damn it! This movie when it came out had futurist’s salivating, now it is just something to grin at, and ah…, write blogs about… My god… It’s full of crap… 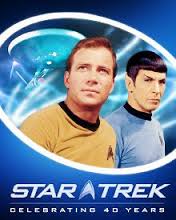 Star Trek movie’s and TV shows have been repeat offenders for years. Warp speed, weird clothes, and tribbles to say the least. However this was all suppose to take place in the 23rd century. I will say many of the things that have appeared on the TV shows, and the movie’s were invented in real life. Maybe because a lot of the contributors of the shows and movies are real scientist, and physicists. We have ipads, Google glasses, and cell phones. All of these have showed up in the Star Trek movies, and TV shows. But that doesn’t excuse them from the whole transporter thing! Beem me up Hollywood!

A.I. is a movie about an android boy made to take the place of a mothers dying son. It is one of the most depressing films I have ever seen in my opinion. The boy robot can never die, and the mother throws him away like a piece of trash, after the lady’s real kid wakes up from his coma… Its pretty messed up! We do not have robots taking the place of real kids, and its a good thing. I just wanted to remark on how this movie made me feel morbid, and depressed for about a week after I saw it… 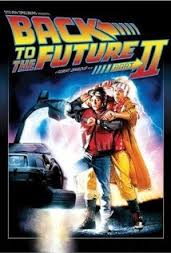 And now we come to the last pick on this list of lying Sci Fi movies. This pick is the master of the lie, and has had my generation going for years. The movie I speak of is Back To The Future 2. Not just flying cars in this one, we have a whole slew of lies such as Hoverboards, Holographic billboards, double ties, and alternate realities, It’s enough to make Biff want to “make like a tree, and get out of here!” All of this takes place in 2015! You only have less than two years left Mcfly! Well at least we could buy some cool futuristic Nike’s from the movie, and the proceeds went to a good cause. Great Scott!!

I love all of these movies, and I pretended being mad strictly for writing purposes. Science Fiction movies, books, and TV shows have inspired many people to invent great things, and I can’t wait for the next big technology that we can mark off the list. If I missed any, which I know I did. Please feel free to comment. thanks for reading.